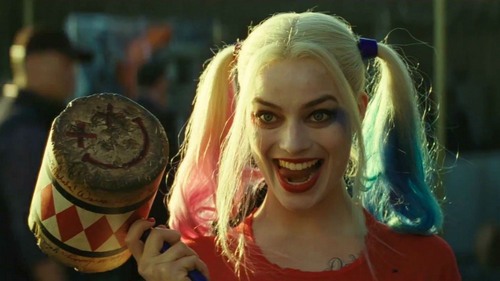 This key comic featuring Batman Adventures #12 has been tearing up the comic book price charts this last year. The featured comic marks Harley Quinn’s first appearance in comics. A couple of key factors to consider: 1.) The Batman Adventures comic series was a spin-off comic from the animated show, was aimed at younger readers and had a low print run. 2.) Since it was a younger reader title, this book was often thrown into bargain and cheap back issue bins, so it is harder to find in decent condition…who knew!

It seems like new comic fans can’t get enough of Harley, her phenomenon has taken over comics! This character has the Midas touch, every comic and series that she has graced is pure Gold. The Harley Quinn monthly comic series is one of the best selling books at DC right now, selling better than Superman and just under Batman. How crazy is that! All of her early comic appearances are being snatched up by collectors and becoming very hard to find. Comic conventions are littered with people dressed as Harley Quinn. Bar none, this is the most popular CosPlay right now.

Origin of the character:
Harley Quinn first appeared in the classic Batman: The Animated series on television back in 1992. She was a psychiatrist named Dr. Harleen Frances Quinzel, M.D. at Arkham Asylum, where the Joker was been held. After a few sessions with the Joker, she falls in love, helps him escape and becomes his accomplice, side-kick and girlfriend. The character was originally supposed to only show up for one episode, but the writers and viewers liked her so much that she became a regular character on the show. The character gained so much popularity that as a result she was incorporated into the regular Batman comic book continuity beginning with the key comic, Batman Adventures #12 and followed by her second appearance in Batman: Harley Quinn, as part of the Batman “No Man’s Land” storyline.

Joker and Harley from the Batman: No Man’s Land one shot

I know she is a popular character and her comics are hot property right now, but I can’t place my finger on exactly what makes her so popular. Is it because she is Joker’s girlfriend and banters well with him? Is it because of her rebellious nature or her costumes…she has had around 4-5 different wardrobe changes so I am not sure it’s that.  Or does she simply represent the classic good girl (Dr.) falling for the bad boy… not sure which it is. Have some ideas of your own, please post a comment, we would like to have additional insight and your opinion.

Okay so let’s talk about the Joker’s Girlfriend. I don’t know if I can accept him having one. Come on… the Joker is a force of nature, pure Chaos, you NEVER know what he will do next.  This unpredictable nature of his is why he’s a constant problem for Batman and a great villain. He has the attention span of a gnat, and can have a fairly volatile temper. One bad “lovers” spat with Harley in the course of their relationship and the Joker kills her. End of her story! I’m sure she wouldn’t see it coming, and that big hammer of her’s wouldn’t get her out of it. How is it that she survives him ? Could it be that she simply left the Joker early enough before this could happen?

Ah, and then there are the many faces of Harley. There is the original animated version decked out in a classic red Harlequin costume, there is what I call the “trashy” Harley based on the popular Batman: Arkham Asylum console game series (really deviates from the classic OG costume).   There is the recent younger teeny-bopper Harley showing up in DC New 52 comics with her own monthly comic series, and lets not forget the new movie version, a cross between the trashy version and a few others thrown in (not really defined, muddled) played by Margot Robbie in the upcoming Suicide Squad movie. So by now can you tell I like the OG costume, a purist.

Overstreet Comic Book Price Guide #45 (2015) has the NearMint of this comic at $400.00. The value has increased $250.00 (167%) since the year before, and overall an increase of $397.50 (1600%) since 1999. This comic is way undervalued in the Overstreet price guide, I think a more realistic price for this comic would be $750.00 based on the current market of supply and demand. Come on, you can’t find a NearMint one for $400! This comic has not peaked yet by a long shot. This comic will continue to rise as long as the character’s popularity continues, I don’t see this changing any time soon.  Recent sales of CGC 9.6 and higher of this comic, have reached $1500 and beyond!

Will it surpass the current reining comic, The Walking Dead #1 ($1000), for most expensive MODERN Era comic?  Is Harley the Modern equivalent that Wolverine was in the Bronze era (1970 – 1979) of comics? We shall see, only time will tell. To be continued….

Other early hot Harley Quinn comics to keep an eye out for: