What is a Key Comic Book? 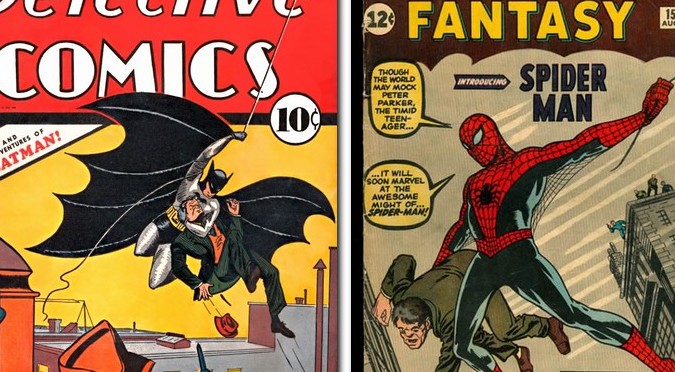 There are a number of factors that make a key comic.

Significant events that happen in the comic can make the comic a Key. Collectors flock to comics with 1st appearances, or origin issues, or death of characters, or marriages, or break ups, or quits, or favorite characters, or creative teams and so much more.

First appearance comics are comics that mark the first time that a character has ever appeared in a comic. First Appearances are the arguably the biggest factors in Key Comics. Collectors treasure first appearances in comics over all other factors. There is a reason why the first appearance of Superman (Action #1) and Batman (Detective Comics #1) are the 2 most valuable comics in the world, worth millions of dollars! Not too shabby for a comic that originally came out on the newsstand for a dime! Where is my favorite Delorean, so I can go back in time to 1938, a buy a couple of those holy grail comics- Action Comics #1 and Detective Comics #27?

2nd appearances and early appearances of popular characters are also desirable. The longer the character has been around, the more valuable those early appearance comics are. Fun side note: Why does Overstreet Price Guide like to go to the nth degree (12th?) when it comes to Legion of Super-heroes early appearances? The Overstreet Guide does not go into that detail with any other character or team. Sorry, I digress, just an odd observation, I have noticed over the years.

Origin issues are great jumping on points for new readers, and are sought after by fans. These issues detail how a comic character came to be, how they got their powers or abilities and their motivations. Detective Comics #33 is an example of a classic origin comic, retelling Batman’s origin for the first time.

Death of character(s) issues are also important. Superman #75 (Death of Superman, come on you know he wasn’t really dead for good, didn’t you?) Amazing Spider-Man #121 (Death of Gwen Stacy). This category is a bit funny, because Death in comics are usually so temporary, there have only been a few instances where comic characters have stayed dead. Rare permanent deaths include: Ben Parker (Peter Parker/Spider-man’s Uncle), The Waynes (Bruce Wayne/Batman’s parents). I was going to also include Bucky from the Captain America comics, he stayed dead for like 50 years, but recently he has returned from the dead as the Winter Soldier!

Classic covers, who says don’t judge a book by it’s cover? Well, comics need to have a great cover, to grab the readers from the sea of comic covers. Great covers really stick with the fans. American Flag covers are very popular. Bondage covers. (Where characters are tied up and in distress, most often than not the damsel in distress. I am not completely sure why these are so popular?) Iconic covers of characters. Grey-tone covers are very popular with collectors. You name it.

Popular creators can also factor into Key comics. These classic stories and artwork by famous creators will always be sought after. Neal Adams artwork in Batman comics are considered Keys and are snapped up by collectors. Other classic creator runs of comics include Frank Miller’s Daredevil, John Byrne’s Uncanny X-Men or Jack Kirby’s Captain America.

Crossover comics, these are comics where popular characters from one series interactive in other characters from another comic title. Fans are rabid about comic continuity, and this type of interaction makes the comic universe seem like one big playground where all the characters can interact with each other.

Rare or scarce issues drive up demand. Issues with very low print runs, or a very limited “good” defect can cause an issue to become a Key. Certain comics with very dark or very white covers, that are hard to find in high condition, can also be Keys. Fantastic Four #52 (1st Black Panther, with a dark cover, hard to find in great condition, is an example of this.)

All of these comic qualities factor into whether or not a comic is a Key or not. Some comics can have multiple key factors, driving the interest sky high! The hunt for great comics continues…